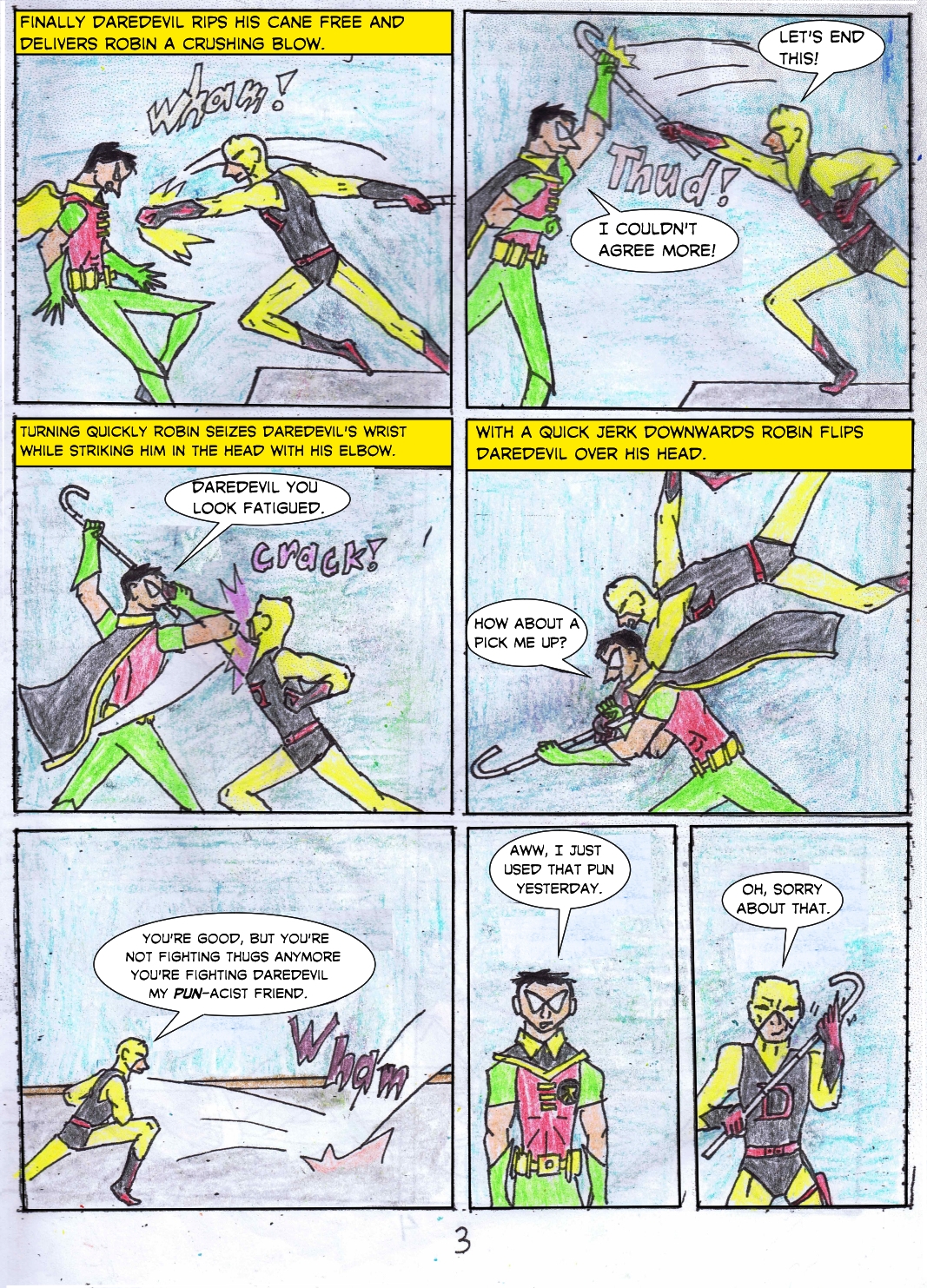 The painting took a few days because  of all the other work we had to do but now it is finished. 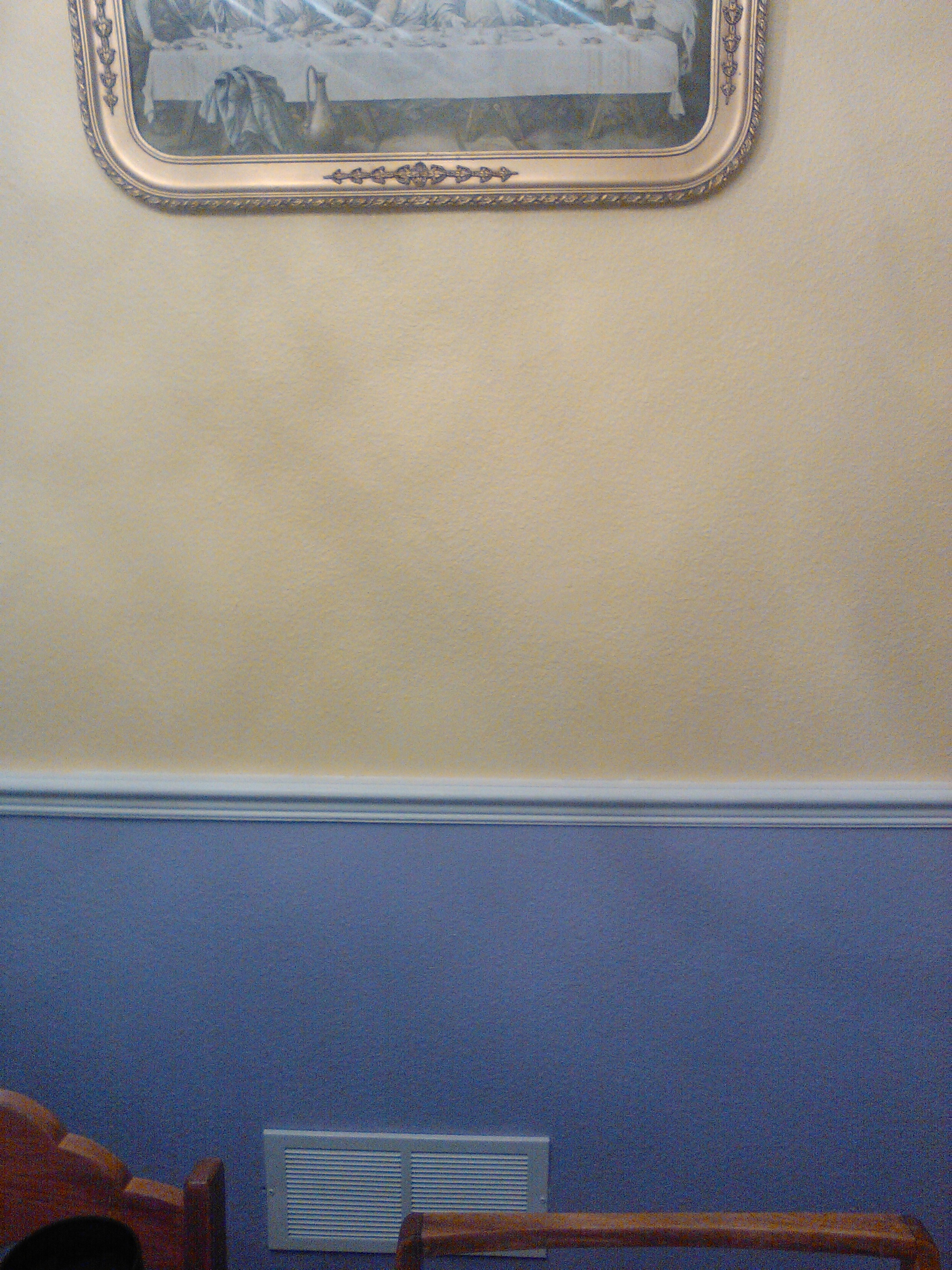 A beautiful purple an yellow!  A big improvement to the previous BROWN! 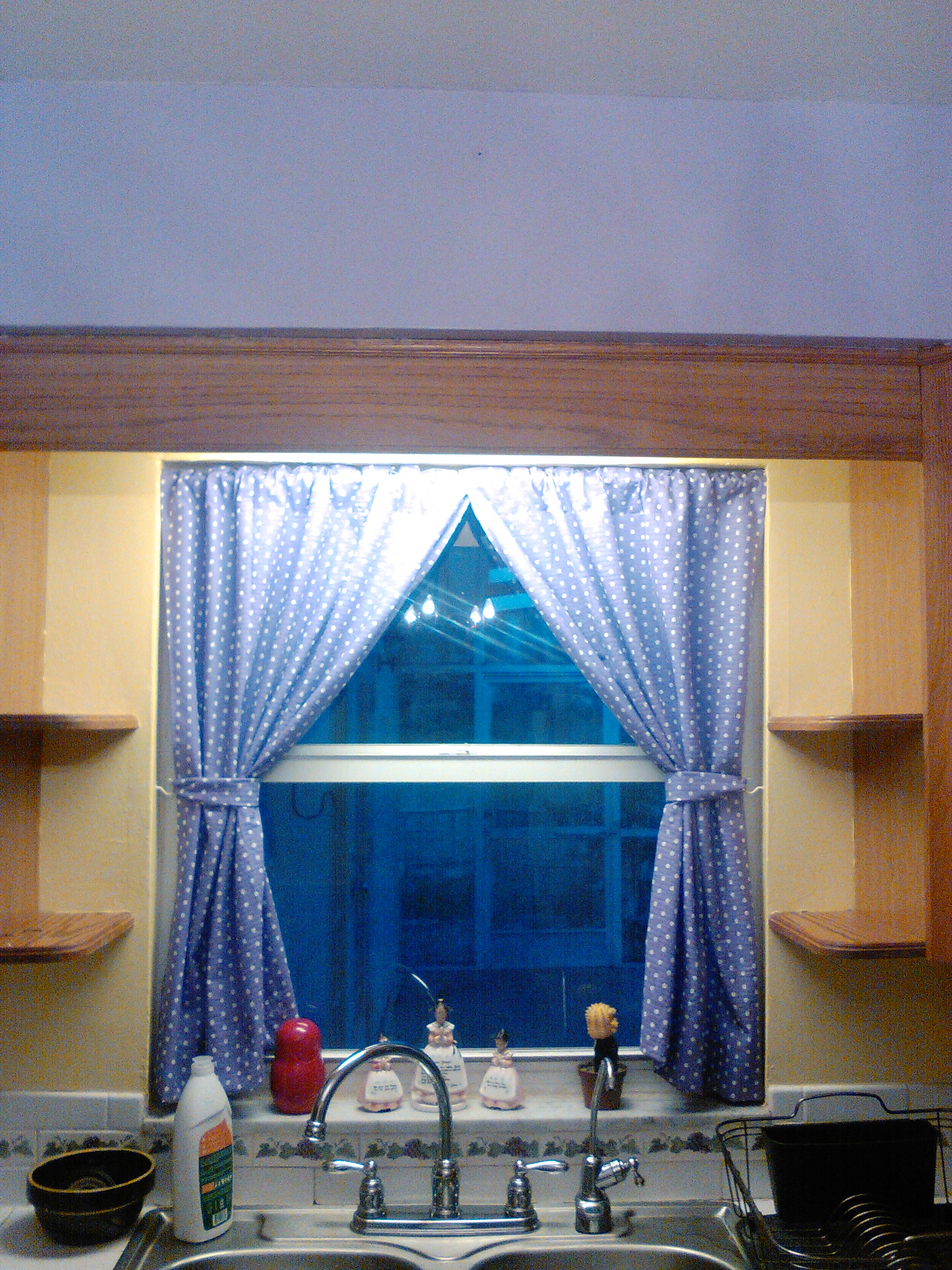 The kitchen even has new curtains!  Mom did most of the painting in the kitchen because we were busy with practicing, schoolwork, and comic work.  It’s finished now though, and it looks great!

Last Sunday (May 17th) Stephen, Nicholas, and I traveled to Jacksonville to host an artist’s table at the North Florida Comic Con. The goal was to showcase the comic and get out and meet people (maybe even see some fans). We left home base, also known as home, around 4:30 am. Our goal was to make the three hour drive and reach the Ramada, where the con was held, around 8:30. Plenty of time to set up! Nicholas did the driving, while Stephen and I handled the sleeping in the car part. It was a hard job, but someone had to do it! We got to the con on time and were set up by ten when people began to arrive. Here’s the set up table.

The ZBG was properly displayed and steaming away behind the table in all its zombie stopping glory.

We were prepared…. just in case. Another group arrived in this sweet ride.

Looks like they were concerned about zombies as well. Hope that fires potatoes!

Nicholas left the table shortly after the con started and walked around checking out the other booths and meeting other artists and vendors. 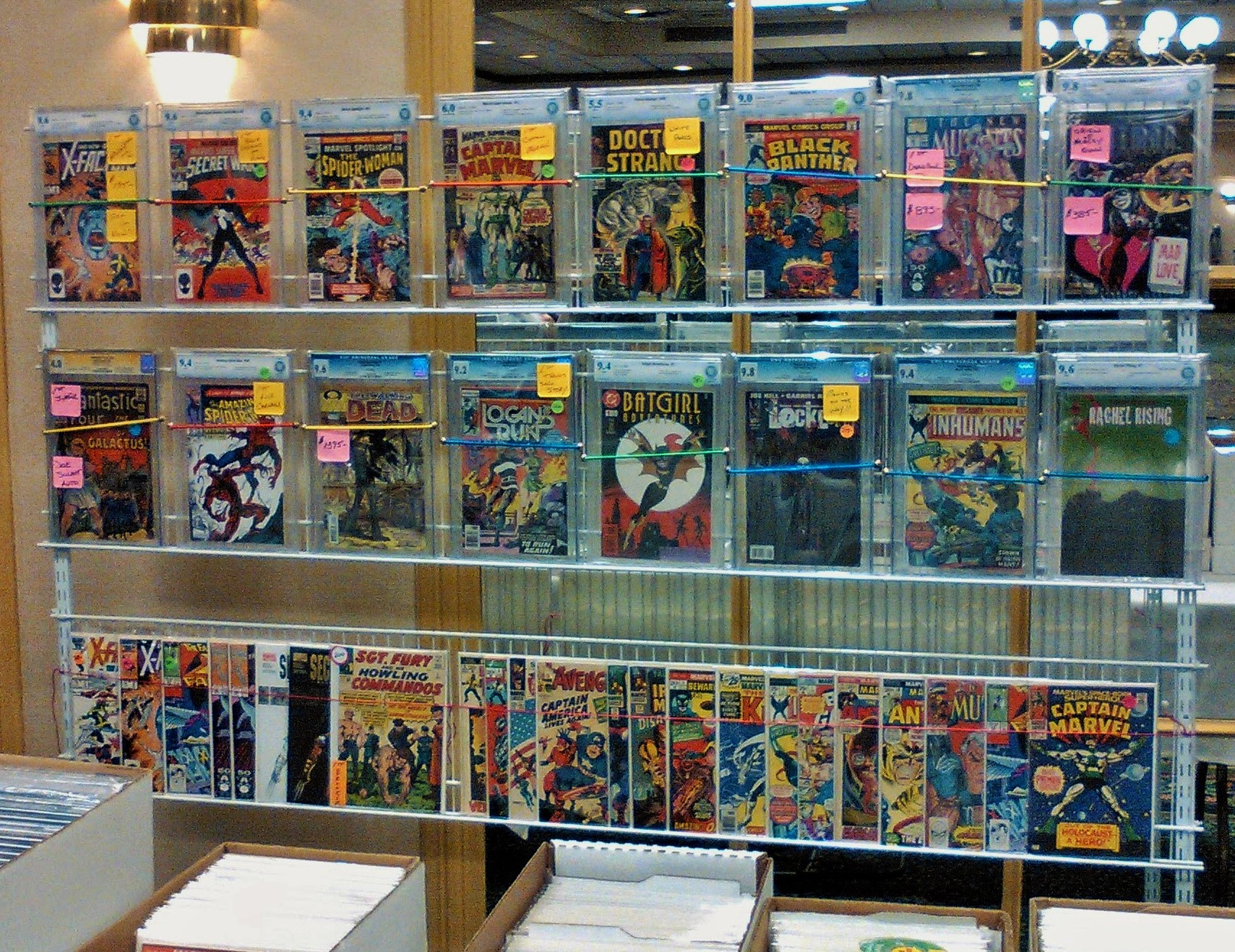 There were several comic booths like this one. Our table was right next to one. John was the name of the man running it and he had a lot of neat stuff! Stephen and I spent our downtime looking at the 50 cent bins.  I found some neat stuff in them! 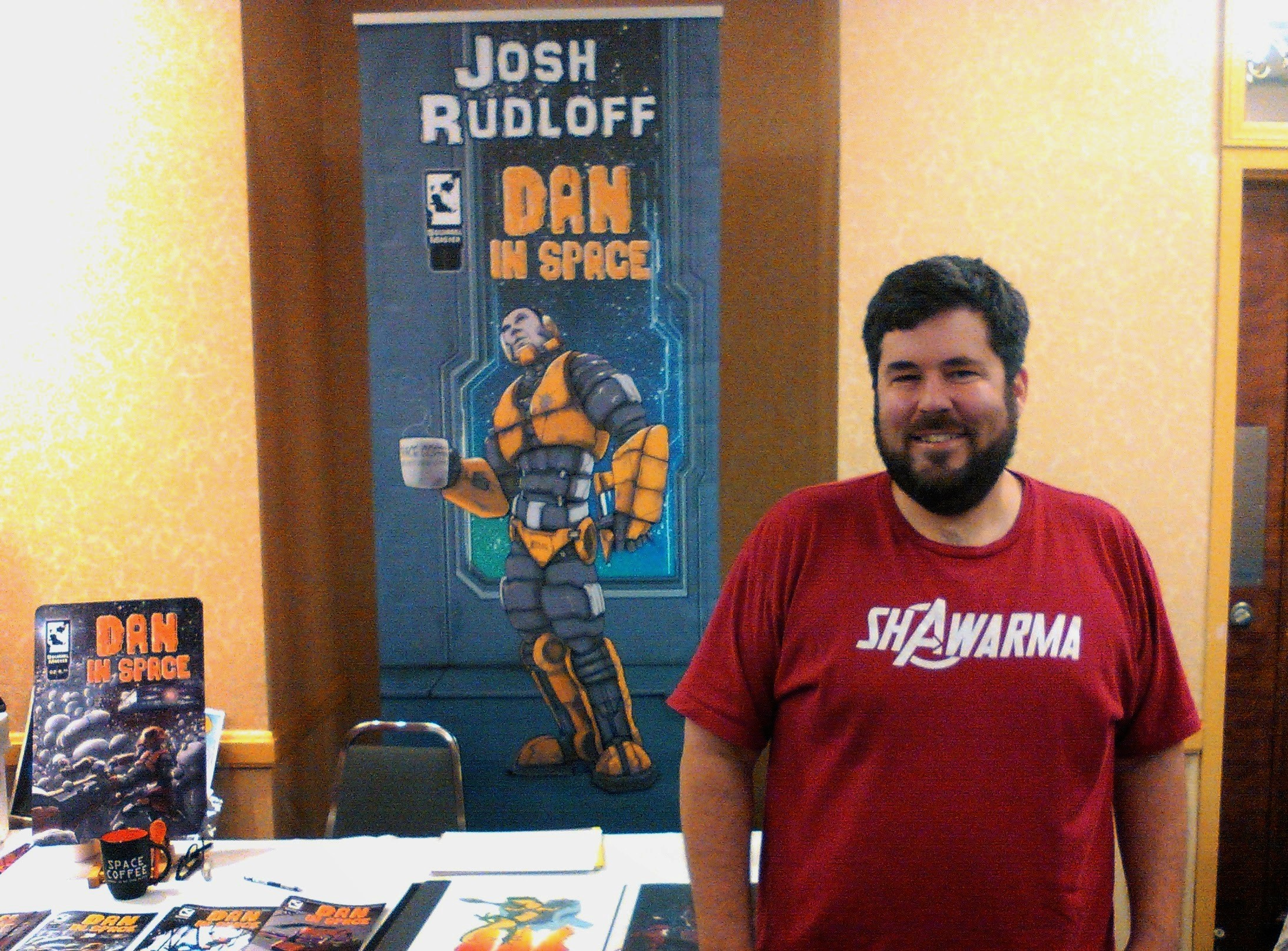 We met Josh Rudloff, the artist for Dan in Space. He had a pretty nifty shirt! 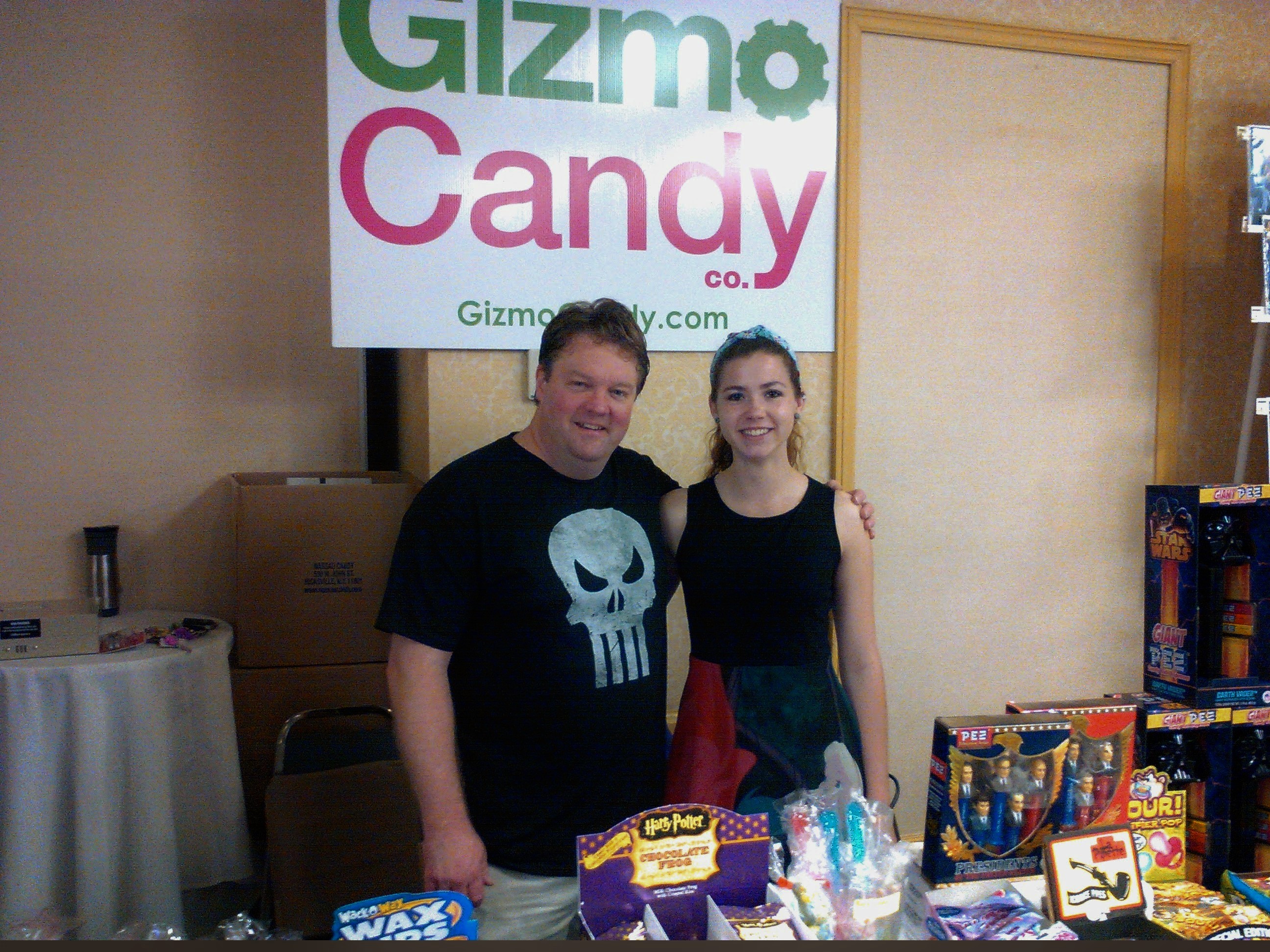 This is the Gizmo Candy table. The candy shop is owned by Shy. She and father, Zane, were running the table. Nicholas returned from their table with espresso and chocolate pudding jelly beans. Part of a complete breakfast!

We also saw a lot of cool costumes! 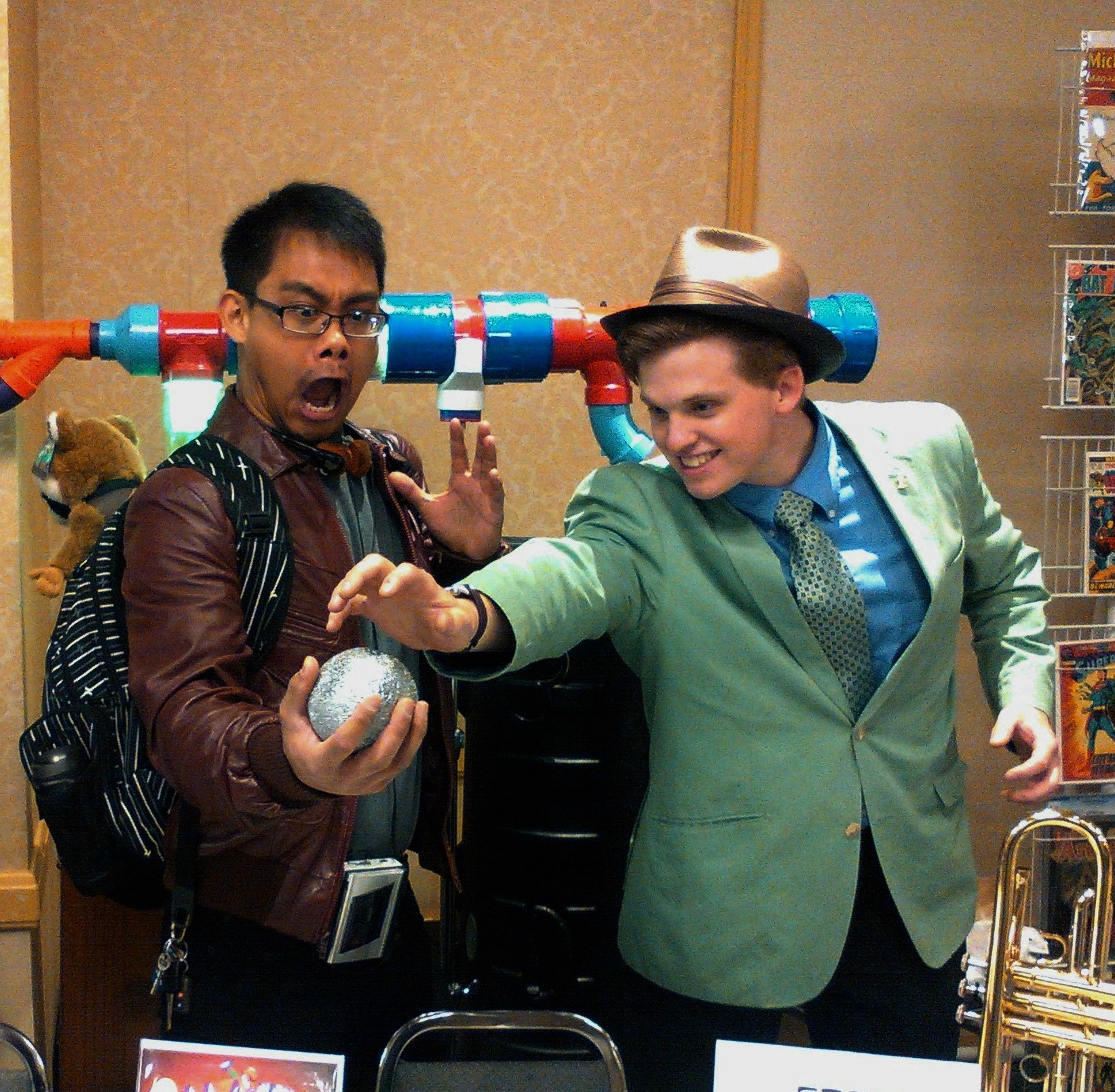 Stephen may have tried to get the infinity stone. He said he needed it for research, definitely not for ruling the world. 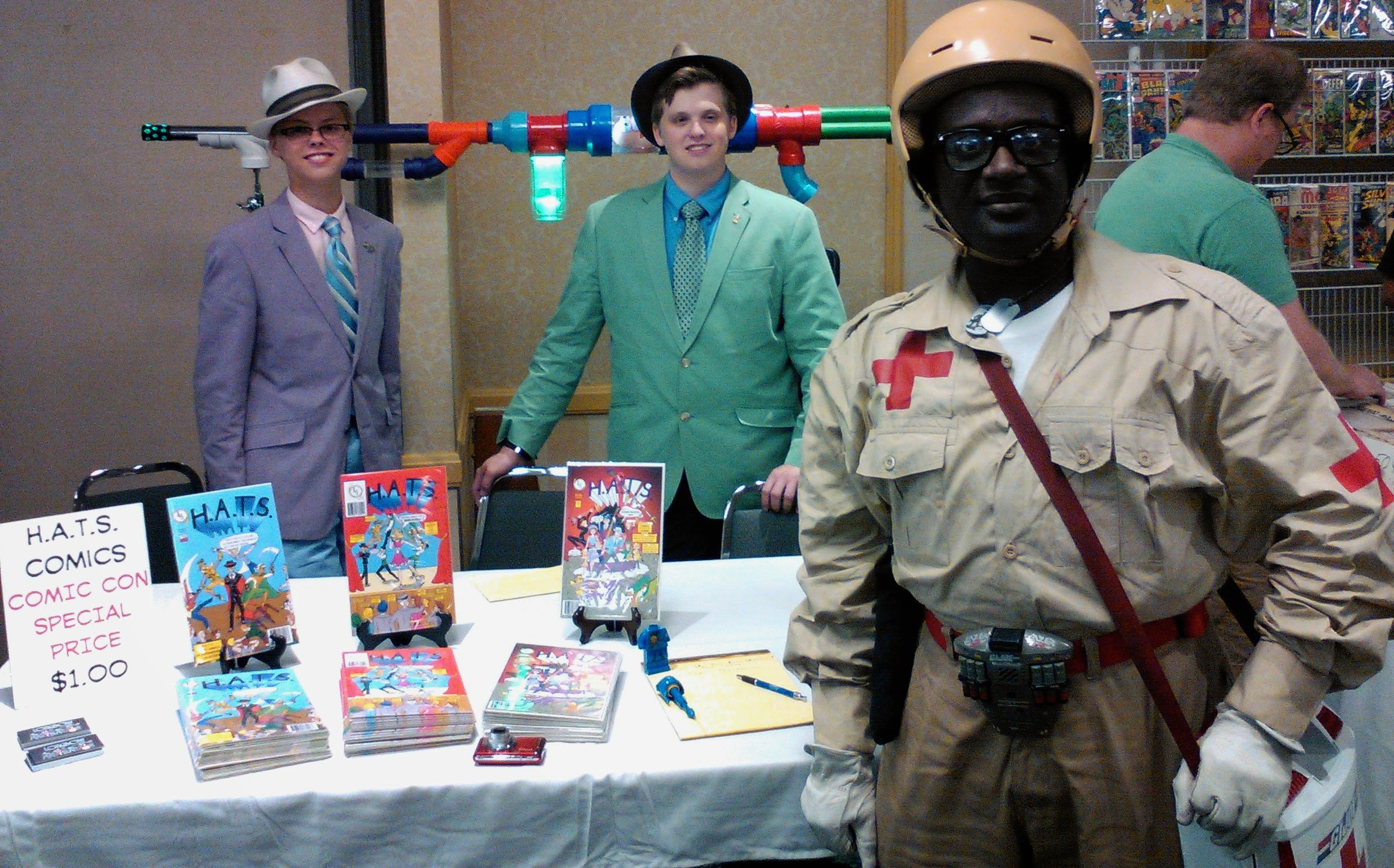 Doc, the G.I. Joe medic, was on had to attend to injuries (I saw none, but it pays to be safe). 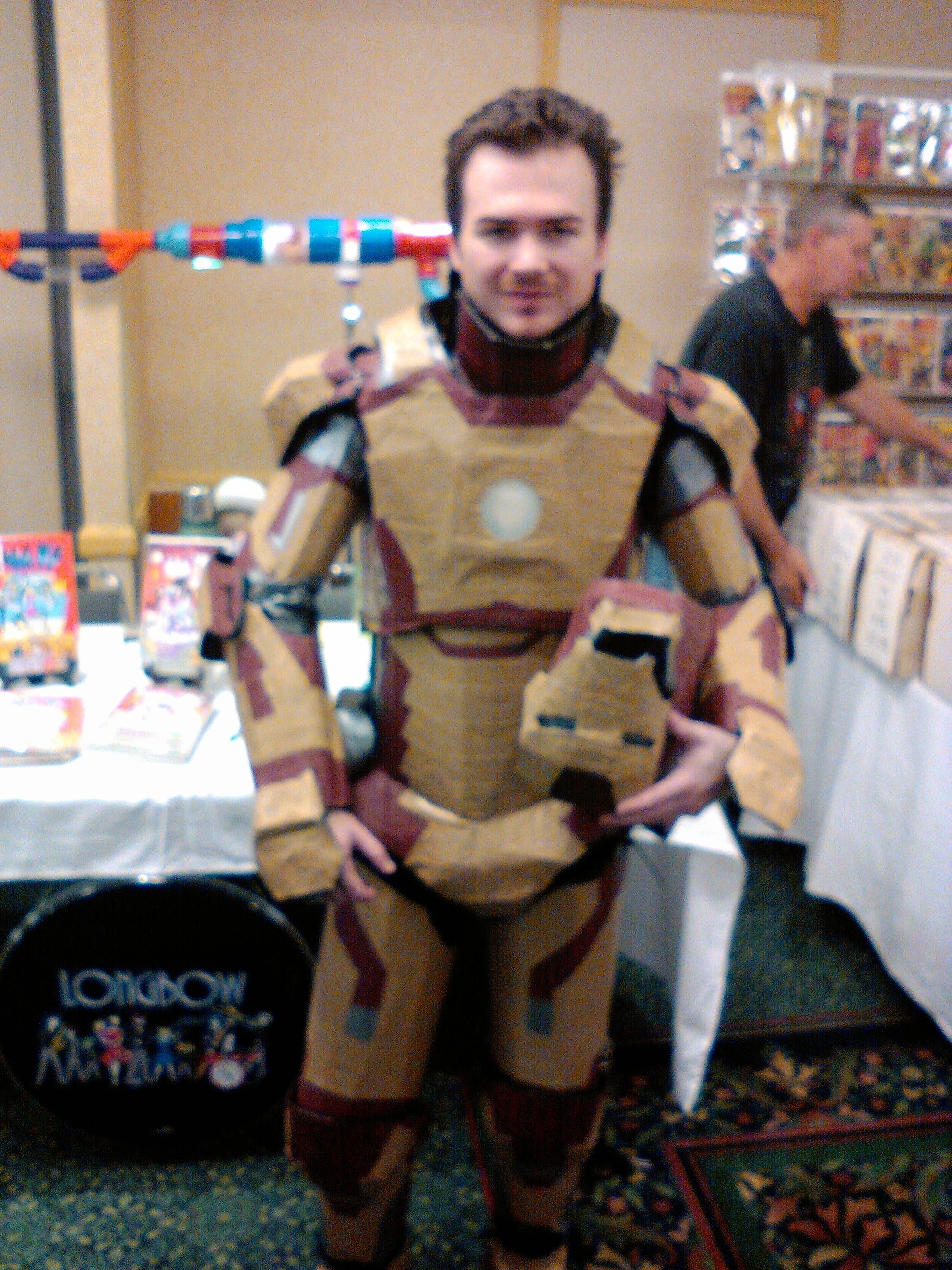 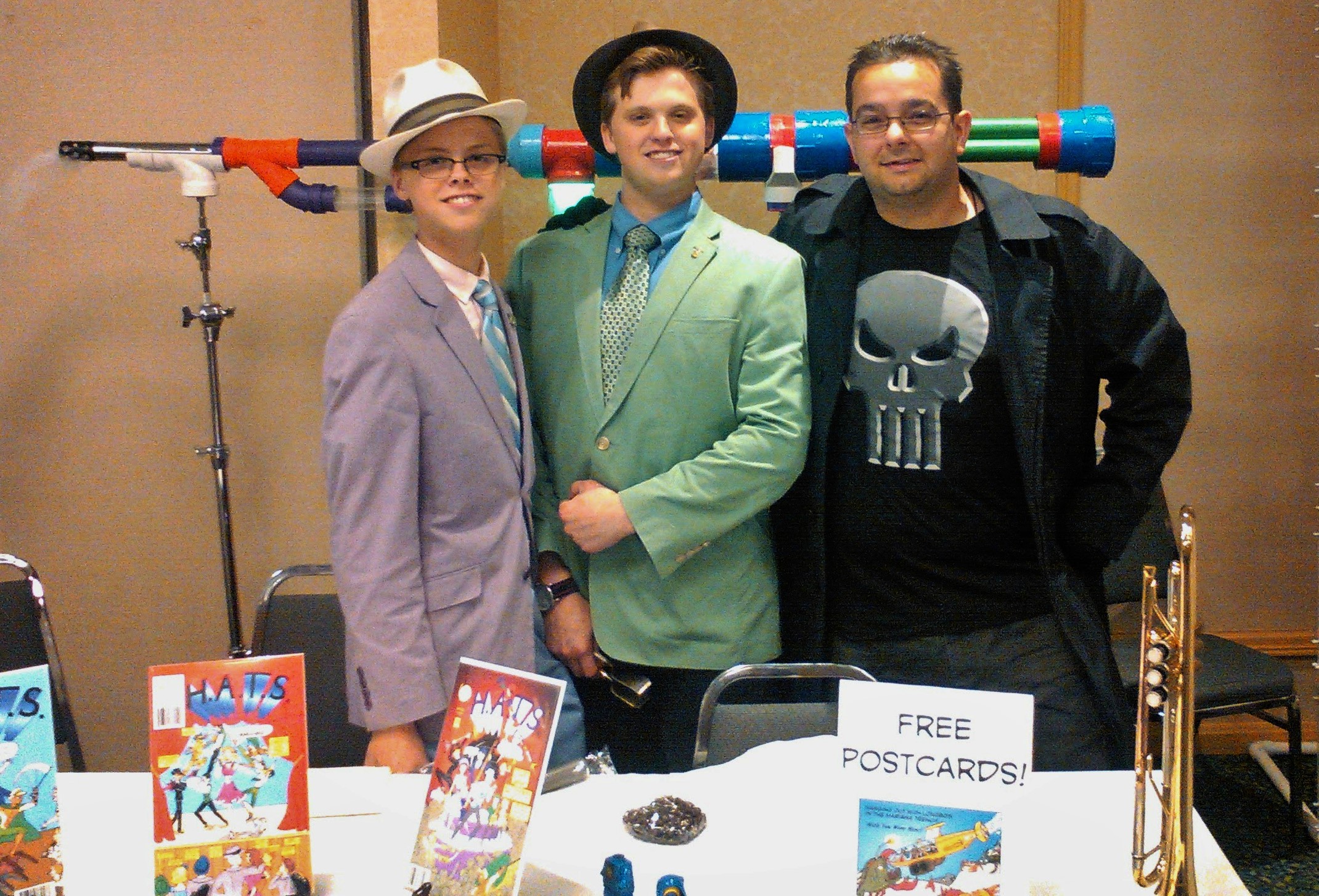 also put in an appearance. Yeah the con was in good hands (but no D.C. heroes…odd).

Last, but not least, we met this trendy trombone man! 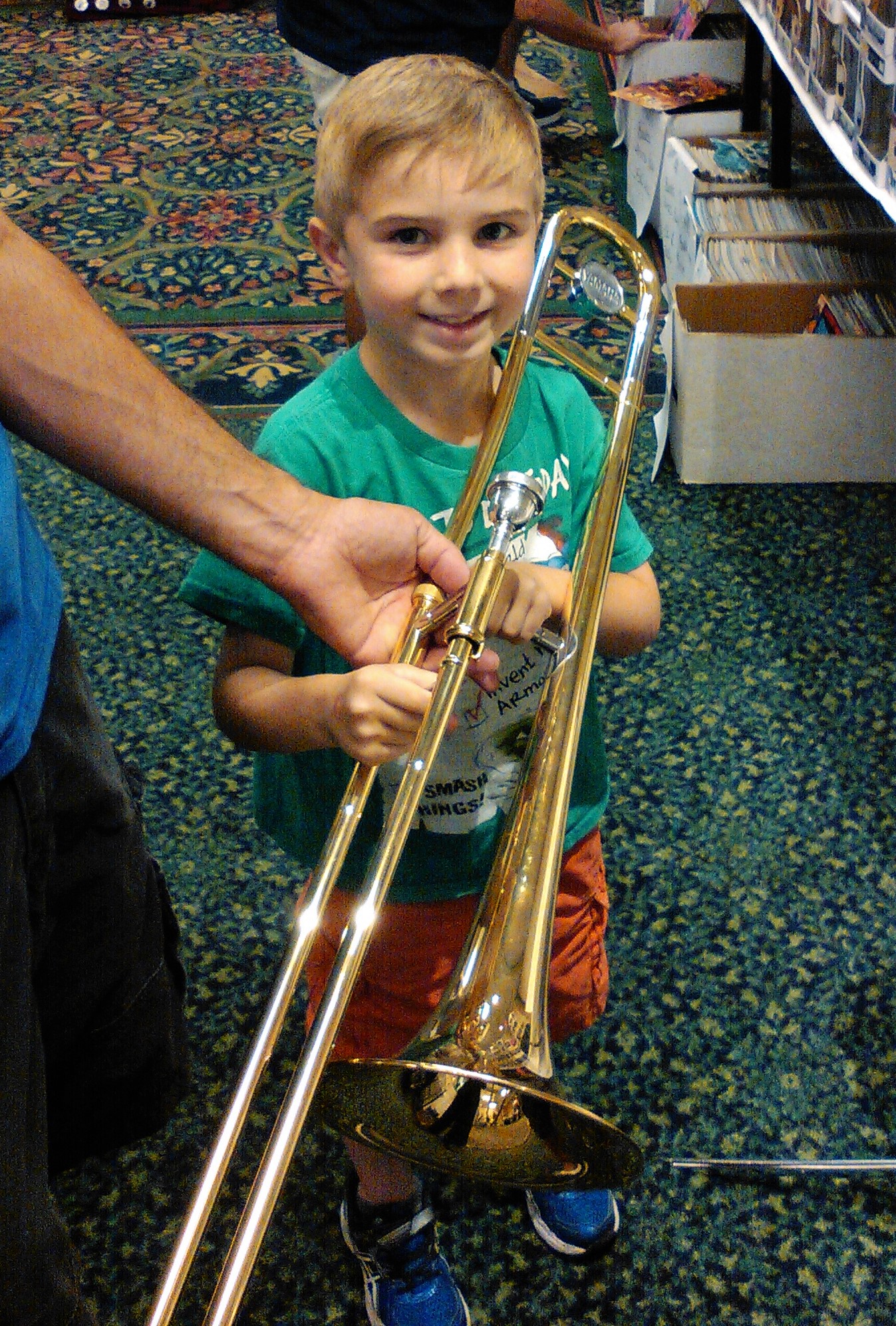 Perhaps a future musician in his own right? 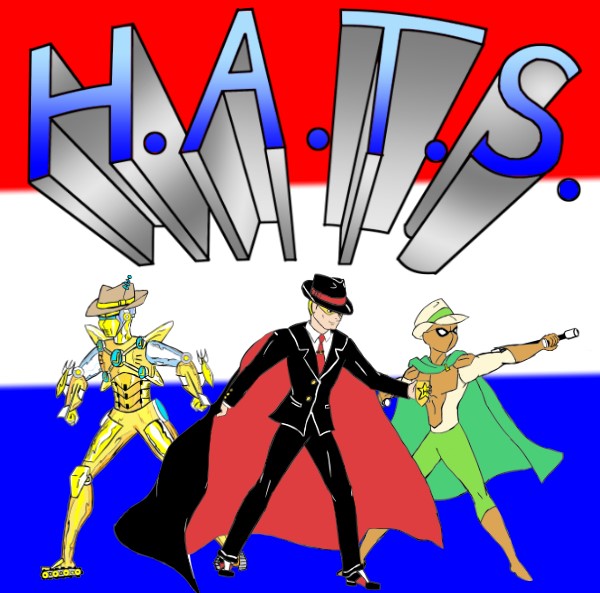 This is another one of the pages of one of Stephen’s older comics.  When reading this keep mind that Stephen drew these when he was a lot younger  so the art is not close to as good as his art now.  The plot is still fun though. 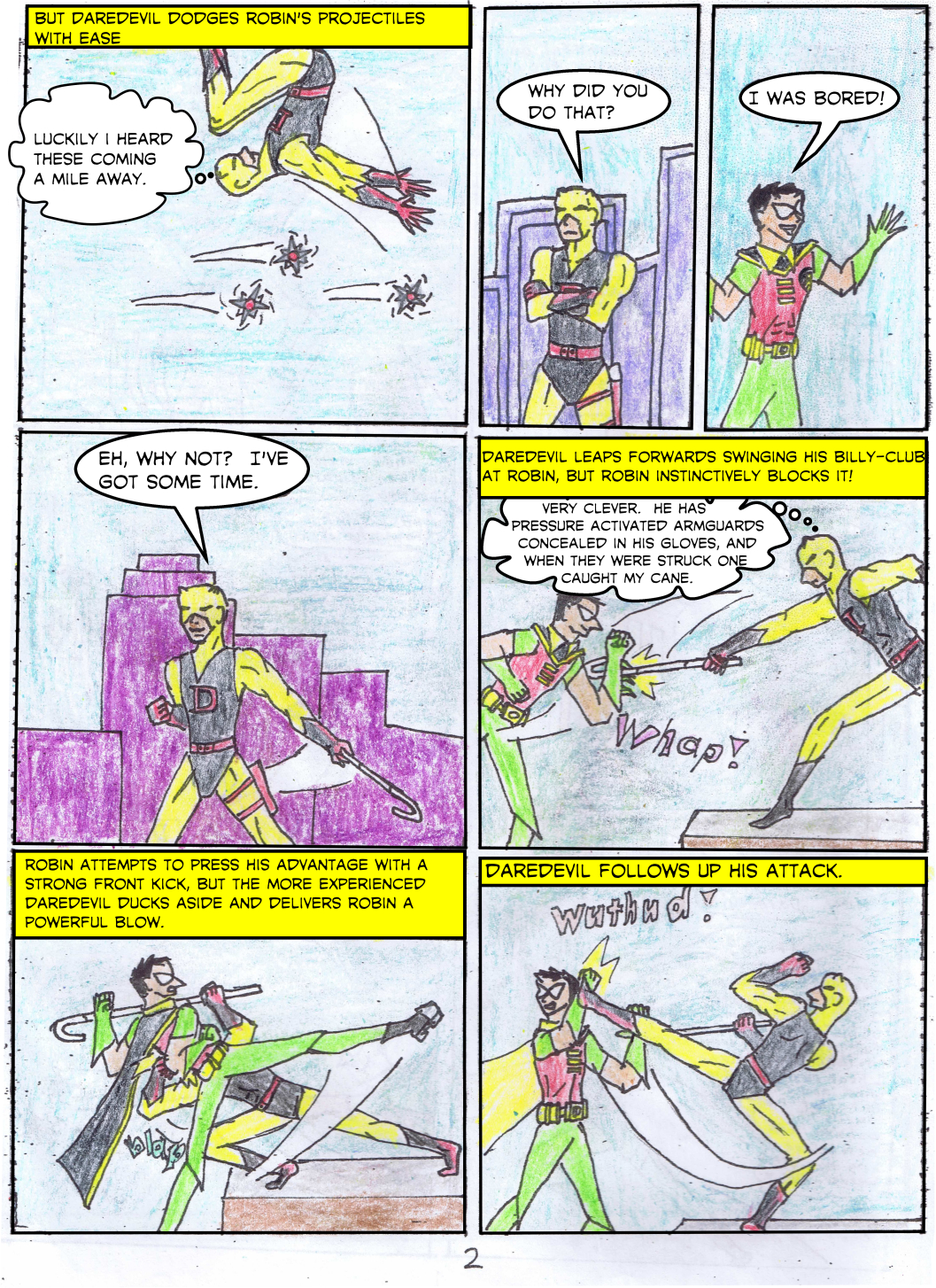 We left for the beach on Friday around five thirty and most of us slept all the way down.  When we got to the beach we walked along the edge of the water until we came to a construction site on the edge of the beach.  I think they were either fixing or building a new pier because a big excavator was scooping up garbage in front of a broken pier and there was a crane pulling big girders out of the ground.  The excavator dropped the garbage into a dump truck which was sorted by a big scoop with large holes in it to filter the garbage out of the sand.  After we had watched the construction for a while we walked back down the beach a ways, and we stopped to do what most people who go to the beach do; swim.  We walked out to the sand bar and walked along it till it ended rather abruptly at which point we swam back to the shore.  While we were at the beach we found a bunch of really cool shells!  Sadly they were all inhabited by hermit crabs.  We put the crabs in a little pool of water and they started to emerge from their shells all but one.  We decided since it did not come out and it did not really move we poked it with broken shells that it must have been dead.  We took it home with us and when we got home we pulled it out with pliers.  We also had to pull barnacles off it, which was kinda gross.  It was worth it however.  This is what it looks like now! 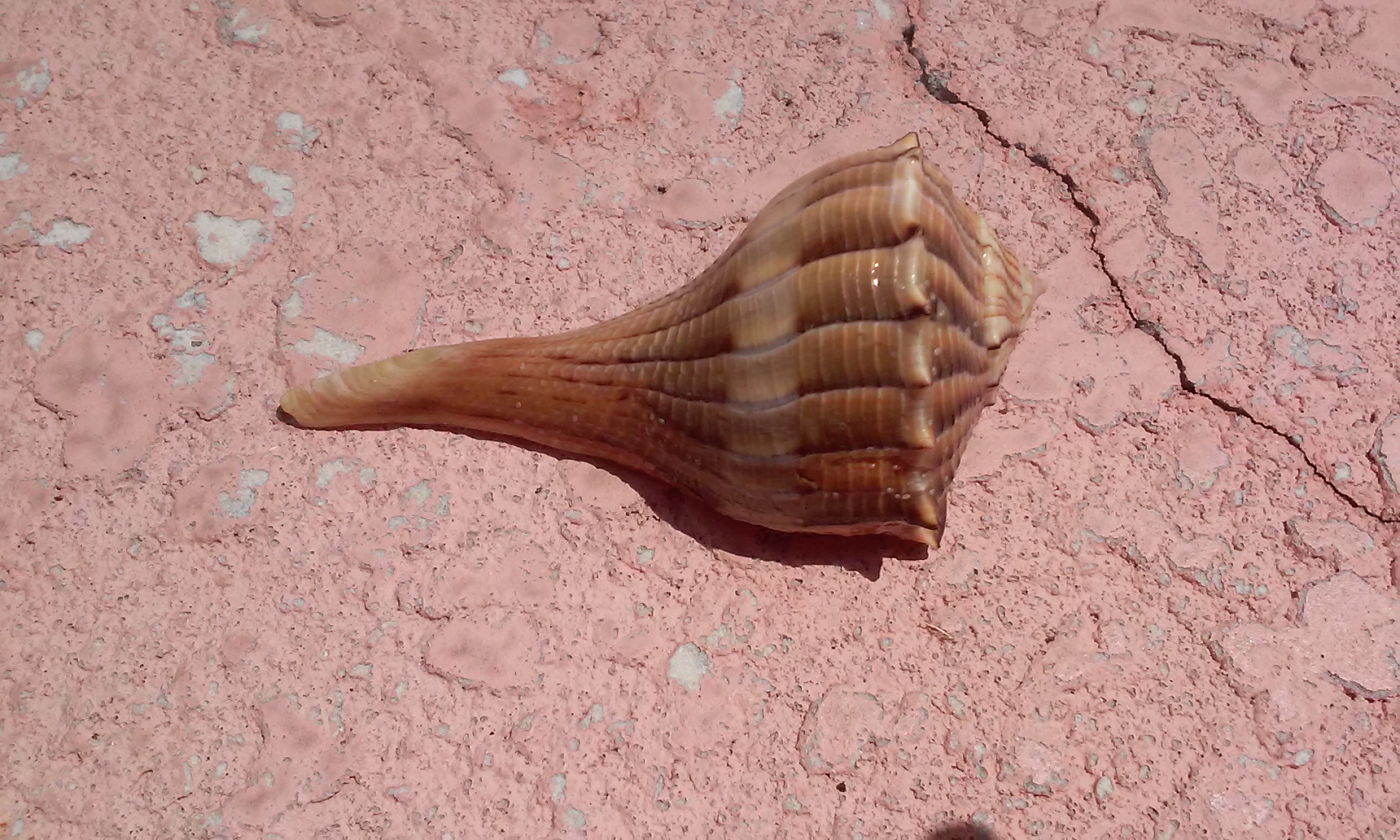 Today we’re getting ready for the North Florida Comic Con in Jacksonville.  We built a new stand for the Zombie Blastin Gun.

Looking forward to tomorrow. Hope to see you all there!

We are going to the beach tomorrow at five o’clock so we will need to get some sleep.

For Mother’s Day we gave Mom four multicolored nonstick pans, an avocado corer/slicer, a cake cook book, and a tool that will cut vegetables, such as cucumbers, into noodle like threads.  Whenever we tell anyone what we got Mom they always look at us as if we’re evil gremlins who hate our mother.  This is frankly not fair.  We really do love our mother.  It’s just that she only ever wants kitchen tools, and we don’t mind getting them.  We like to eat. 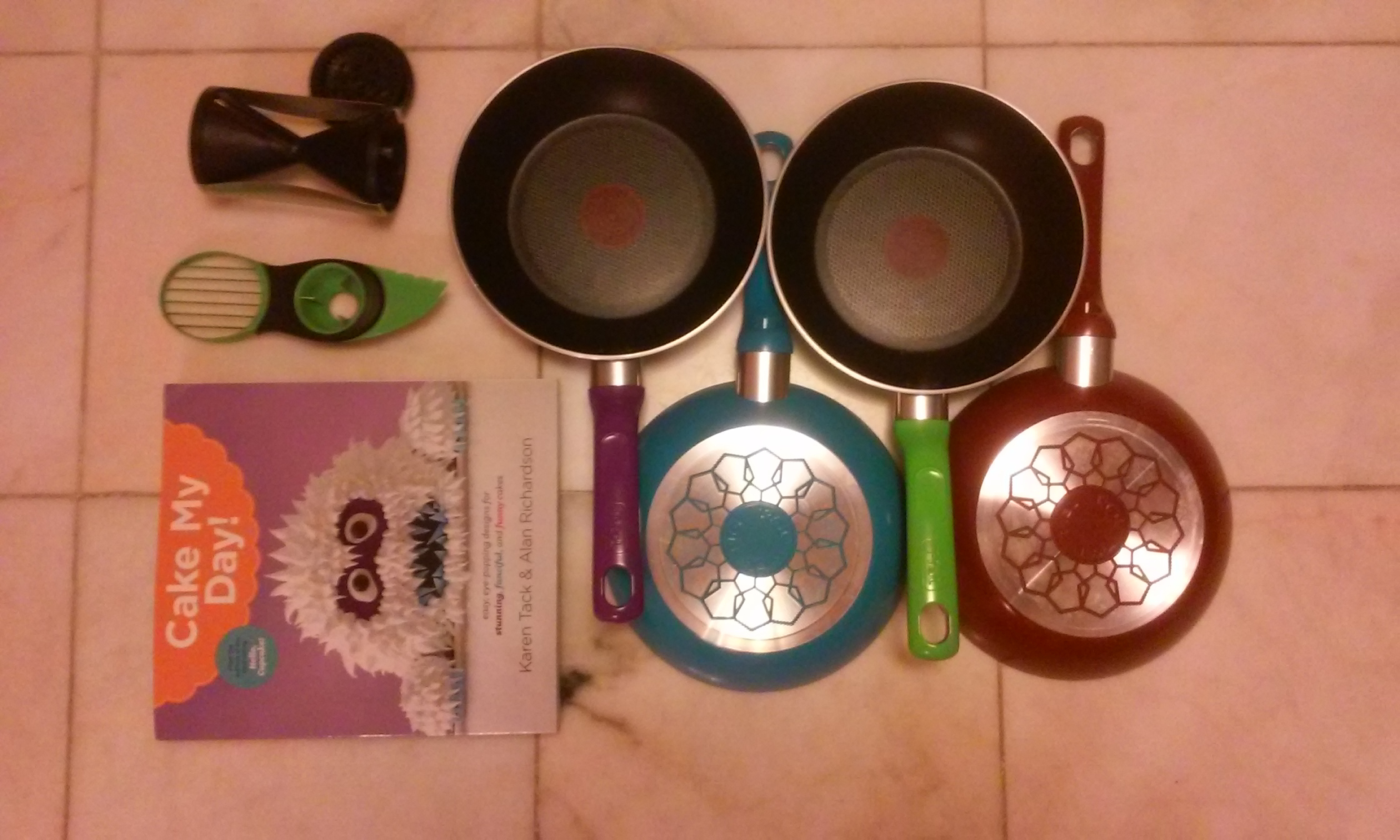