I try not to get philosophical here on the Longbow Blog (mostly because I’m afraid I’d just look like a babbling dunce), but today I want to share a question that has been pressing on my mind for some time.  Who discovered mushrooms were editable?

Most oddball cuisines- like the snails, sushi, and clams – I understand.  Someone was obviously starving and decided, “eh, what’s the worst that could happen?” But we know the worst that can happen when you eat wild mushrooms, they’re not mushrooms but actually toadstools and you die.

Now I understand why you might try some foods that look like they should be deadly.  People probably thought cherries were poisonous once upon a time. After all they’re small red fruits, but someone probably saw birds and other tiny critters eating them and thought, “Cool, they’re not dead so I can probably eat them!”

But really who thought to himself, “Well most of these little slimy things that grow in the dark in filth and refuse kill you and some of them just make you hallucinate, but these are slightly different.  I think I’ll try some!”

I am currently experiencing the sublime ecstasy (well, maybe it’s only extreme joy (well, it’s at least a nice sense of satisfaction)) that I’m sure every woodwind player experiences after getting a new reed.

But this experience is even greater than the usual pleasure of playing with a good reed. Nay, the happiness is heightened by the horrible shape of my old reeds (they were grey and bent in half).  They were so bad I had to play with them for half an hour before I could play the set right.  These new reeds are better in every way.  They have better sound, better control…they even taste better.

So, for dinner tonight we are eating goulash, and I was wondering; who decided to name it goulash? I mean, it sounds look the name of a horrifying monster. Don’t get me wrong, it looks and smells delicious, but personally I think someone who was editing a cook book, and a horror novel got confused and switched the recipe’s and the monster’s names. Soon in book stores near you; Night of the Delicious Meat Stew!

Today when I got out of school, I tried to call Mom, but I couldn’t. Not for any really good reason like I was fighting jaguars or diffusing a bomb. No, I couldn’t call Mom because I had lost my phone. I spent the next 5 minutes retracing my steps, until I suddenly noticed a bulge  in one of my less used jacket pockets. It was my phone. That was when I came to the conclusion I had too many pockets.

Remember Stephen’s post about the uses of plastic swords? Well, as it turns out Veronica has figured out her own use for them. So the other day Veronica came up to Mom and said, “Hey Mom, look at my new insignia.” 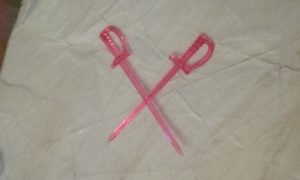 Mom said, “I didn’t know you had an insignia.” Veronica said, “Now I do!” Looks like those plastic swords can also be used for insignias. Who knew?

You know you’ve been in college too long when you take into account how likely it is your teacher will be late for your class when determining when you need to start heading for school.  For example my Digital Media teacher is always at least five minutes late because he’s helping students from his previous class.  This means I have a five minute grace window before class, but my Machine Learning Professor is never late so I have to be in class precisely on time.

In case you’re wondering it was my Machine Learning class that sparked this bit of introspection, and no, I was not late.  I was in class precisely on time.

Today Nicholas sent me this text… 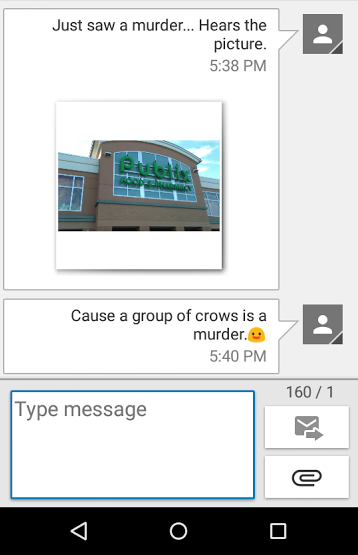 Here’s a bigger version of the picture. 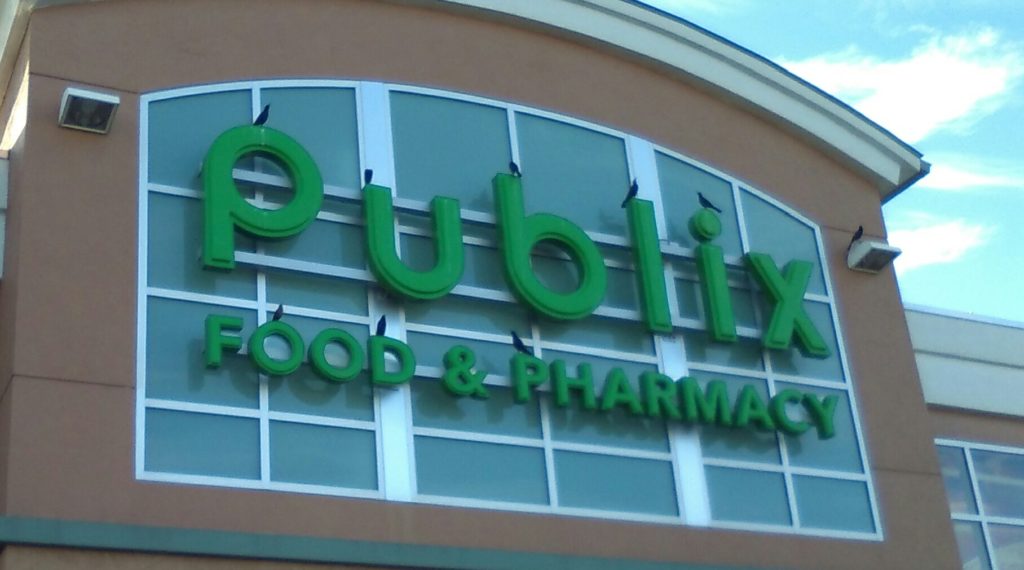 Oh and Nicholas acknowledged that he used the wrong “here.”  It’s causing him great distress.

I  went to sign in to my WordPress account just now and wrote my password in my username, then I wrote my last name as my password, and just look at how I spelled the title! (I know it’s actually spelled panyck).

I can’t focus on anything right now. My problem is somebody broke the coffee carafe and now I experiencing serious coffee withdrawal.   Nobody knows who broke the carafe either, we found it sitting in the coffee maker leaking the fresh pot of coffee. Someone must have slammed the delicate coffee dish on the counter too and cracked it.  I haven’t had a cup of java in hours. I can’t think. I can’t type. I must find the man who broke the coffee carafe and make them pay…or just buy a fifteen dollar coffee maker from Walmart. Yeah, that sounds much more sane

My mother is an avid sewer and like most seamstresses she has a small collection of fabric for future projects.  So when we recently redecorated her room we added a nice little shelf for her fabric.  A twelve square foot shelf.

After we were done Mom began sorting her fabric onto the shelf.  She was going to take a picture of the shelf to send to her friends in Ohio.  She said she was trying to find the balance between having an insane amount of fabric on the shelf and having so little that it was clear she wasn’t showing her whole stash because she didn’t want to show that she had an insane amount of fabric.

Unfortunately I didn’t get a picture when this balance was achieved so instead you can see her entire -neatly organized- collection. 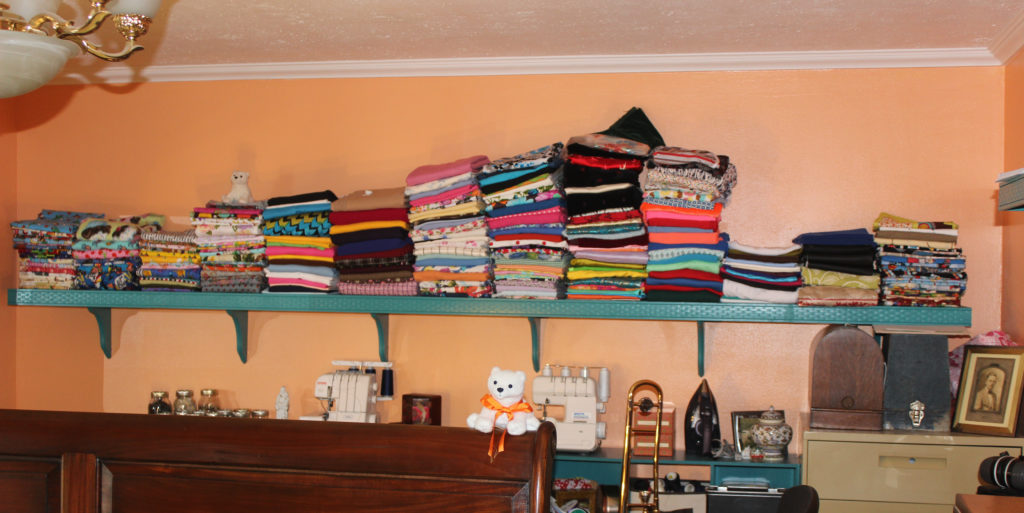